Focusing in on fibrils; scientists give us a glimpse of huntingtin protein clumps 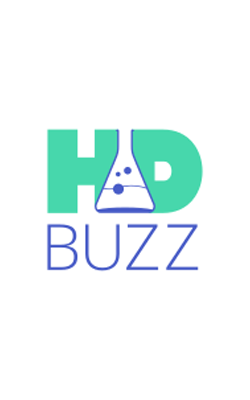 A group of scientists from the EPFL in Lausanne, Switzerland have published a paper in the Journal of the American Chemical Society, describing clumps made up of a fragment of the huntingtin protein. A word that’s commonly used to describe these is “aggregates.” Using very powerful microscopes, the team was able to zoom in and […]

DNA repair and CAG repeat instability The effect of HTT lowering on CAG repeat expansions Welcome to last day of the @hdfcures conference! We’ll only be sharing a few talks from today’s sessions, which focus on DNA repair. The first is from HDBuzz’s very own Jeff Carroll! Jeff will be sharing his work on HTT […]

Pre-clinical work moving toward trials New tools to lower HTT showing promise in animal models Welcome back! The first talk we will be tweeting about today is from Anastasia Khvorova, who will be telling us about her teams work on lowering of Huntingtin using technology called RNAi. One of the problems in studying drug delivery […]

We’re back for day 2 at @hdfcures! This morning’s talks will be focused on clinical trial planning and therapeutic updates from clinical studies. The sheer number of talks related to human trials compared to previous years is so encouraging! Updating metrics for clinical trials A better system for disease categorization The first talk of this […]

Hello and welcome from the HDBuzz team who are currently at the Hereditary Disease Foundation (@hdfcures) 2022 Milton Wexler Biennial Symposium in Boston! It’s the dawn of an exciting new era for HDBuzz. Due to our new partnership with @hdfcures, we are now able to live tweet many of the talks from this meeting which […]

Serious side effects reported for some people treated with the huntingtin-lowering drug AMT-130, currently in clinical trials

Last month, we relayed positive news from uniQure’s trial testing AMT-130, a gene therapy delivered via brain surgery to lower huntingtin (HTT). Data released by uniQure in June suggested AMT-130 was safe and well tolerated in the small group of people that were treated with a low dose of the drug. Now we’re back to […]